The Purple Swamphen Porphyrio porphyrio is a common rail that previously was little investigated in North Africa. From 2011 to 2013, its breeding ecology was studied at two natural wetlands in north-east Algeria, namely Garaet Hadj Tahar and Garaet Messaoussa. Numbers of Purple Swamphens at both localities peaked in late April and early May. Egg-laying started in early March, whereas hatching started in late March. Peak egg-laying took place in late March and early April, and peak hatching from mid-April to early May. There were significant differences in the size and weight of eggs between years and localities. The mean clutch size was 2.75 ± 0.70 eggs and it was not significantly different between localities and years. Mean hatching success was 51% and it was positively correlated to nest depth only at Garaet Hadj Tahar. Most nests were built in dense tufts of Typha angustifolia and Phragmites australis. The main nesting materials were Phragmites australis and Scirpus maritimus. 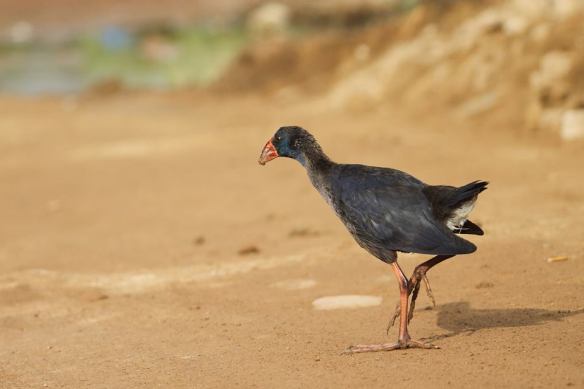